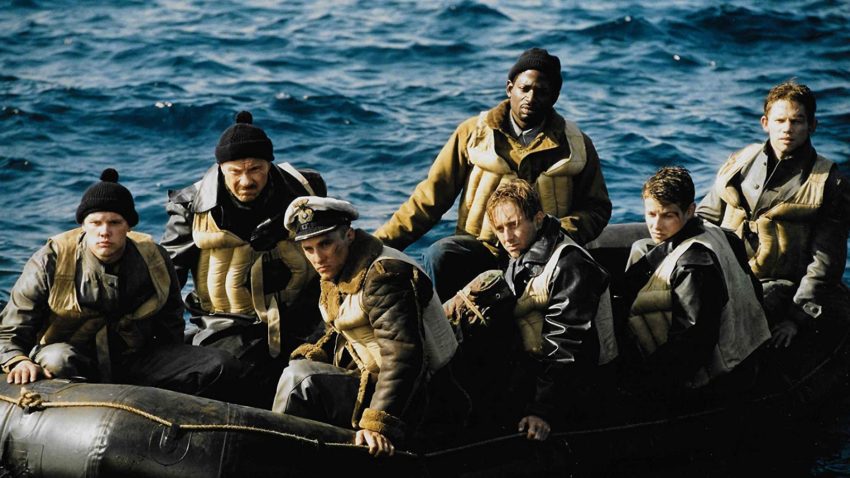 Although some aspects of U-571 are a bit hard to believe, the film does have the merit of recalling one of the less-know episodes of World War II, namely the hunt for the German Enigma coding machine. The capture of this machine enabled allied experts to decode the communications of the German U-boats. In U-571, the Americans are the big heroes – the film has to sell, after all – but the Canadian Navy, too, had its hours of glory in this effort, which was undertaken and launched by the Royal Navy. Operations began in May 1941, when the British captured a German weather observation ship and patrol vessel; in June the same year, U-110 was boarded by the destroyer HMS BULLDOG. Our Navy, for its part, was drawn into this venture while carrying out its escort missions.

The Canadian Navy carried out its first regular boarding off Greenland on 10 September 1941, when the corvettes HMCS MOOSE JAW and HMCS CHAMBLY, sent out to rescue convoy SC42, depth-charged U-501, forcing it to surface. Having been shelled and rammed by MOOSE JAW, the disabled submarine was boarded by the two vessels. Once the enemy crew had been neutralized, CHAMBLY’s boarding party entered the U-boat. Unfortunately, it discovered not only that the apparatus and books had been destroyed, but also that the submarine had been scuttled and was about to sink. The party barely managed to get away – but not quickly enough to save stoker W.I. Brown, who was dragged down into the whirlpool as U-501 went to the bottom.

This brave sailor had ventured into the submarine alone and attempted to close the valves. Our men failed in their attempt to seize a U-boat and its priceless secret equipment, but this victory warmed the hearts of our fighters, so harshly tested by long months of on-the-job training. U-501 was the first of 33 submarines sunk by our Navy during World War II.

On 28 August 1942, in the company of American Warships and the corvettes HMCS HALIFAX and HMCS SNOWBERRY, the corvette HMCS OAKVILLE was escorting a convoy off Haïti when it attacked U-94. The submarine, which had been on the point of attacking the convoy, was first spotted and bombarded by an American seaplane. Oakville dropped depth charges to force it to the surface, and after bombarding it, rammed the submarine twice. The submarine, struck by a depth charge on the surface, gave up the fight. A boarding party was dispatched to seize the vessel. Eleven of our sailors, under the command of SLt H.E.T. Lawrence and PO A.J. Powell, leapt onto the deck of the crippled U-94 and rushed toward the conning tower, which was riddled by shellfire. After clearing away the dead bodies covering the hatchway, Lawrence and Powell headed below.

They were then surprised by two Germans who emerged from an escape hatch. After ordering them to back inside, the Canadians opened fore on the two men, who were dashing toward them. The German crew, in a panic at the thought that the U-boat could sink at any moment, surrendered quickly. Despite the danger, Lawrence went searching for the Enigma machine and documents. But finding that U-94 had been scuttled, he retraced his steps, having to swim to the ladder which led to the conning tower. After giving the order to abandon the ship, Lawrence leapt into the water just before the submarine went down. Our valiant sailors and the 19 German survivors were recovered by OAKVILLE and the American destroyer USS LEA.

One of the longest anti-submarine operations of the war – a chase lasting 38 hours, and involving 1,500 optical signals, 23 attacks and 291 depth charges – began on 5 May 1944, when the escorts of convoy HX 280, the destroyers HMS ICARUS, HMCS GATINEAU and HMCS CHAUDIERE, the frigate HMCS ST. CATHERINES and the corvettes HMCS CHILLIWACK and HMCS FENNEL went on a merciless hunt for U-744. The submarine pitilessly tracked sown and depth charged, surfaced only to be pounded by 4-inch and 20-mm shells.

The German commander and some crew members were killed as they attempted to bring their guns into action. Despite the raging sea, CHILLIWACK and ST. CATHERINES sent out their boarding parties to take the submarine, which was seriously damaged. The party from CHILLIWACK, which arrived first, offered themselves the luxury of raising the Navy’s White Ensign on the conning tower, as they overcame the enemy crew and prepared to take control of the submarine. As the U-boat slowly settled into the water, three members of the boarding crew, guided by a German sailor, laid their hands on signal and codebooks and apparatus. Unfortunately for our heroes, a big wave capsized the whalers from CHILLIWACK and ST. CATHERINES and all the precious booty was lost. It took over an hour to recover the boarding parties and the 39 German survivors. The condemned U-744 was finally torpedoed by HMS ICARUS.